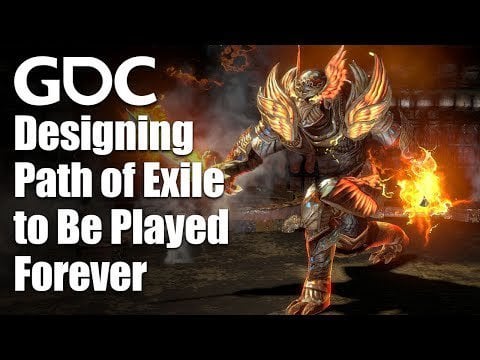 So right now I feel kind of bummed out. Having a new season start with an event that has no event llama, and not getting one till the end of the month is really stupid to me.

– Troll stash llamas are not worth wasting your tickets on, when you can get twice the llamas when event llamas come, plus a bunch of new stuff making every llama valuable.

When a game is based on seasons content creation and updates should be based entirely around said system so the start is always great, offers new stuff and interesting things to do, and as such is marketable.

– Path of Exile is based on 3 month cycles of seasons. It wasnt always like this but ever since they changed to this cycle their game has gotten better and better, not just in terms of content that covers all the player types listed below specifically with each new update, but also in terms of profit and player retention, on top of hitting record #’s of concurrent players for them each new season.

– This is the goal Epic Games should follow. Their updates do not please all its players. In fact it ignores a major portion of its players most of the time, the veterans. Having inconsistent updates at different times makes it impossible for a player who quits to know when specifically to return. Players quit PoE before every league ends all the time. But those players always know when to come back, and the new league, with all the new content to please all its players is hyped up and marketed about a month in advance.

– Every update in Fortnite should cover all its players, and entice new players to join. It should be consistent, like a 3 month cycle. Big content updates should come on a predictable day or week. Small content updates should be expected on certain weeks. All future updates should be short term, focussed on making the next thing as great as it can be. This brings clarity to content creation instead of spreading creators thin to work on something that wont be finished in time.

Likewise that new update, content, or patch needs to please all players below for it to be good.

– New players, draws new players into the game based on zero knowledge of how they game works, or specifics.

– Veteran players, this content is great for those who played from start. They understand the game in depth and will recognize the impact of stuff like changes to skills, progression, and mission variety or rewards. This info to a new player or someone who hasnt bought STW is basically meaningless.

– Mid game players, those around early Canny Valley who have few variety in weapons, traps, and heroes to their name. Likely started mid games life or later and have missed many past events.

– Returning players, people who have quit due to issues in the game that have gone unchanged, fixed, or improved in someway. Every update should have something to entice past players to come back.

I find having a Season start with a reskinned deliver the bomb event and no new event llama or season llama to be stupid. Clearly Epic is stalling for time. But instead of leaving us with horrible troll stash llamas they should have simply extended the birthday llamas. This shows how poor their content creation is. They cant even give consistency on their updates. Their worrying to much about stuff for the future like the Locker, The Dumb SMG changes, Free to Play STW, instead of actually making STW a good game first.

– Season 10 would have started off way better if it came with finished Twine Story, New event llamas for new heros, weapons, and the trap, along with the reward tweaks in twine. Even better if the Locker came with everything. Instead locker should not have been added at all till it was finished. The Locker addition to STW in its current state is a metaphor for how Epic Games has treated STW over the last 2 years. Add something thats incomplete and fix or improve it later, if ever.

Epic Games needs to go watch Chris Wilson’s Discussion at GDC of how he made PoE successful from his garage. Right now STW is dumpster trash ignoring its vets and only worrying about BR, a game which is unoriginal and was easy to profit from by design. Without STW BR would never have become a successful BR game. The only thing that seperates Fortnite Battle Royale from any other like PubG is its building system, something they took from STW. However they have the you know whats to treat us like we dont matter anymore even though we are the ones who supported them from the beggining. Now their trying to assimilate STW and BR players together by reworking STW to work Essentially the same as BR. The Hero Rework was done so they could make skins. Instead of having 15 heroes who do the same thing but look different, we got heroes who do mostly the same thing but have a team perk that might make things interesting just so they can sell the skins we were already getting and going to get back to us. Objectively the Hero Rework made the game worse overall because it limited you to a specific hero as your commander for various playstyles and you always looked the same. At least they can bandaid fix it now with skins and cosmetics.

Here the GDC talk. Epic can ignore it if they have given up on STW and do not want it to be played forever.

3 thoughts on “Discussion of event and season start”